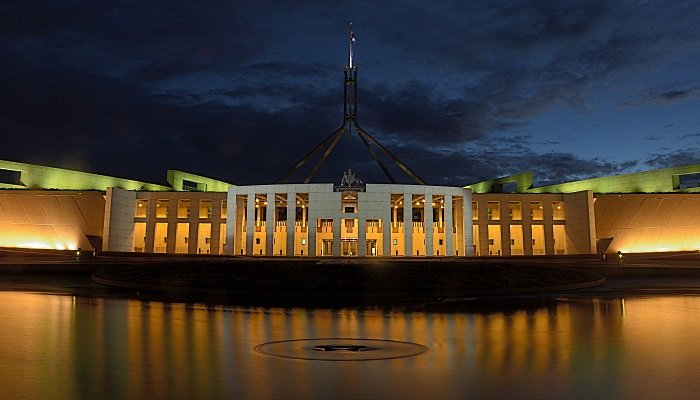 When Prime Minister Scott Morrison and Treasurer Josh Frydenberg handed down the 2019-20 budget last night it highlighted the governments focus for spending on infrastructure, small business, apprenticeships, aged care, health, farmers and natural disasters. The budget also focuses on lowering taxes and returning the budget to surplus. The budget is set to deliver a $7.1 billion surplus projected for 2019-20.

With an election due in May this year, the biggest challenge is whether Scott Morrison will be re-elected to enable these budget commitments to be delivered. Our Federal Budget 2019 Summary is below.

The proposed instant asset write-off is to be extended and expanded. Instant asset write-off has increased to $30,000 and can be used for multiple assets. It has been extended to businesses with a turnover of up to $50 million. It is expected this measure will take effect from 7.30pm ADST, 2 April 2019 and continue for all eligible asset purchase until 30 June 2020.

The government is fast-tracking planned tax cuts for small and medium businesses by five years.

Up to 80,000 new apprenticeships over five years have also been planned. Apprentices, including bakers, bricklayers, carpenters and plumbers. Apprentices will receive a $2,000 payment, with incentive payments to employers doubling to $8,000 per placement.

Beyond the asset write-off, other grants and incentives for business and employment include: The trial of a new employment services model; The launch of a National Labour Hire Registration Scheme, with mandatory registration for labour hire firms in “high-risk sectors” in order to protect “vulnerable workers, including migrant workers”. Focus industries include horticulture, cleaning, meat processing and security sectors; Funding of $60 million for export development grants; The Harvest Labour Services, to be boosted by $24.1 million and encourage more jobseekers to take up seasonal work on farms during harvest season, to take effect from 1 July, 2020; Money to fund the Fair Work Commission’s Workplace Advice Service clinics. This service was expanded from 1 January 2019 to provide small businesses and sole traders with free legal advice on employment law; The rollout of e-Invoicing, with the aim of reducing business transaction costs; Reducing the number of BAS GST questions to streamline GST reporting for small businesses.

The government also used the budget to reaffirm its commitment to establishing a $2 billion Australian Business Securitisation Fund, which it claimed would “enhance small businesses’ access to finance”.

Immediate tax relief for low and middle income earners of up to $1,080 for singles or up to $2,160 for dual income families is expected to help ease the cost of living. Lowering the 32.5 per cent rate to 30 per cent in 2024-25, increasing the reward for effort by ensuring a projected 94 per cent of taxpayers will face a marginal tax rate of no more than 30 per cent. In 2022-23, the Government will preserve the tax relief provided by the larger low and middle income tax offset by increasing the top threshold of the 19 per cent tax bracket from $41,000 to $45,000 and increasing the low income tax offset from $645 to $700.In 2024-25, the Government will reduce the 32.5 per cent tax rate to 30 per cent, more closely aligning the middle tax bracket with corporate tax rates, improving incentives for working Australians and increasing the reward for effort. In total, around 13.3 million taxpayers will pay permanently lower taxes in 2024-25 as a result of the Government’s enhanced plan.

From 1 July 2019, the concessional tax rates available for minors receiving income from testamentary trusts will be limited to income derived from assets that are transferred from the deceased estate or the proceeds of the disposal or investment of those assets.

The Medicare levy will remain at 2 per cent of taxable income.

From July 2020, people aged 65 and 66 will be able to put money into their super accounts even if they are not working.

A mandatory reporting of concerns such as pressure sores, weight loss, falls and fractures will receive $8.4 million.  A boost will be given to the information sharing system as part of the Aged Care Quality and Safety Commission.

The other standout item is a $2 billion fast rail connection between Geelong and Melbourne. It will be the fastest train in Australia, and will cut commuters’ travel time in half to 32 minutes. The government is funding business cases for five faster rail proposals in NSW, Victoria and Queensland.

It is also quadrupling the Urban Congestion Fund to $4 billion. A big chunk of which will be used to improve parking facilities around train stations.

The Federal Government is to establish a new $3.9 billion national Emergency Response Fund for when future disasters impact. It was revealed $150 million would be available every year following a “significant and catastrophic” disaster. The fund will offer additional assistance to existing federal and state government natural disaster response programs.

The government allocated $6.3 billion to help struggling farmers. With another $300 million for farmers affected by the North Queensland floods.

The government will focus on developing key regions in NSW, Victoria, QLD, and the NT.

Cancer services will receive $70.8 million which includes the establishment of cancer treatment centres in regional Australia for radiation therapy.

A grants program to improve outcomes for Australians living with chronic disease will be established, there’s money for diabetes research, and the government has a $5 billion Medical Research Fund to go towards clinical trials and other research.

Mental health, is set to receive $229.9 million over seven years. This will help fund the trial of eight mental health centres, establish a residential trauma recovery centre for children, and fund a purpose-built facility to help people with eating disorders. Another $263.3 will be provided to improve access to youth mental health services.

Since 1 July, 2018, the ATO has recouped more than $500 million in undeclared income. The government will continue to focus on recouping funds from the black economy. This year, additional measures will be rolled out, including: a crackdown on businesses paying cash wages to staff in a bid to avoid reporting obligations; requirements that businesses have to have a “have a good tax record” in order to be able to tender for government contracts; targeting high-risk industries for hiding or under-reporting income; and changes to the ABN system, to “disrupt black economy behaviour and target ABN misuse”.

$3.6 billion in extra revenue from multinationals and high-wealth individuals is expected from a billion-dollar investment in the Tax Avoidance Taskforce. The Government will also provide $42 million over four years to the Tax Office to increase activities to recover unpaid tax and superannuation liabilities.

The government will set aside $328 million over four years to fund domestic and family violence.

Veterans, carers, aged pensioners, single parents and people receiving the disability support pension to get a one-off Energy Assistance Payment to help with their next energy bill.

Scholarships will be available for students to study at regional university campuses. A $525 million skills package will be made available for vocational education and training.

If you have any queries in relation to this matter, please do not hesitate to contact our office.